How to Get Rid of Japanese Beetles

Naturally or With Insecticide

If you have come to this page, you are probably wondering how to get rid of the Japanese Beetles in your raspberry patch, or anywhere in your garden or landscape. 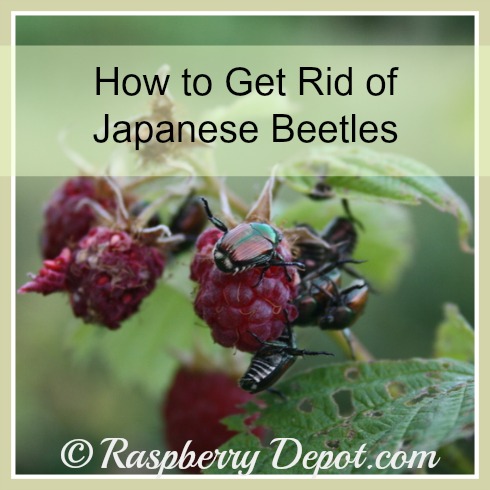 An invasion of these Beetles causes the leaves of the raspberry plants to resemble "lace" and the fruit to be half-eaten and left to rot.

These Beetle do voracious damage not only to raspberry plants, but to a large variety of plants in homeowners' lawn and garden landscape.

The damage they cause is very obvious, as is their presence.

Adults emerge from the ground and begin feeding on plants in June.

These beetles live about 30 - 45 days. They are most active on warm, sunny days, preferring plants that are in direct sunlight ... unfortunately their adult life cycle coincides with the maturing of the raspberries.

We grew raspberries for our roadside fruit stand for many years, and found it to be a very rewarding and mostly enjoyable gardening experience ... that is, except for the distressing moments of invasion by the Japanese Beetles.

Some years these pests were not too bad, but other years they were so annoying and made picking the raspberries a frustrating chore!

This was especially so when you had a basket tied around your waste with three pint containers inside, and when they were all almost full, a couple of Japanese Beetles decided to land in and bury themselves inside the container of Berries ... yuk!  :(


What can be done about the Japanese Beetle Pest?

So what can be done about these most unattractive pests?

One important thing to remember is to pick the raspberries as they ripen, and when you are picking the berries, pick also the damaged or rotting berries as they only serve to attract these pests.

For one thing, the most "natural" solution of course is to manually pick them off the leaves and fruit.

As soon as you notice the emergence of these Beetles, fill a pail of soap and water and flick the beetles off the plants and into the pail. Ensure that they are no longer living before disposing of the water and beetles.

If you are like I am, that is, not comfortable even touching these Japanese Beetles, and if you have a size able patch of raspberries, this method of "hand-picking the Beetles" is most likely not for you.

Another method that is available for purchase is a Japanese Beetle Trap.

The basic way the majority of these traps work is that they are a ventilated bag or box which contains two chemical attractions -- a sex pheromone and a floral scent.

The negative aspect of these traps is that they,while they definitely do attract the Beetles, they also attract Beetles from far that may never have been attracted to your raspberries in the first place. Many beetles are attracted that don't get caught.

Some people who have used these traps have reported that the Japanese Beetle Infestation doubled with these traps. If you choose to use these traps put them as far away as possible from the raspberries you are trying to protect. If possible get the neighbors to join in your efforts with traps of their own so that the combined effort may have more successful results.

The trap below, available for purchase online at *Amazon has a lot of favorable customer reviews.

Click on the image below for more detailed product information and check out the reviews, also noting that this product is restricted in some States in the United States.

Insecticides sprays are usually quite effective.

Spraying the affected raspberry plants with Japanese Beetle Killer (Pyrethrin) or Neem at the first sign of their presence is a good line of attack.

Pyrethrin-based insecticide is a safe and effective way in which to control these beetles on raspberries, and also on other plants such as grapes, flowers, roses, shrubs, trees and veggies.

These insecticides are available for online purchase at *Amazon (see below).

Click on the images for more detailed product information and customer reviews.

Hopefully by using one of these methods you will have the Japanese Beetles in your raspberry patch under control!

TOP of How to Get Rid of Japanese Beetles

RETURN to Information about Raspberry Pests

©2010-2022 Raspberry-depot.com - All Rights Reserved Worldwide
No Reproduction Permitted Without
the Express Written Consent of the Site Owner 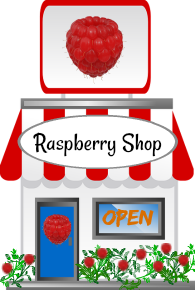 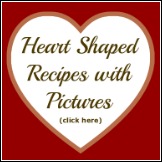 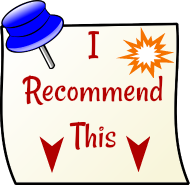 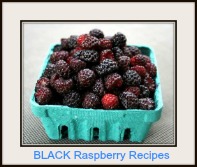 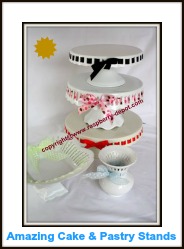